The Tosa Inu (dog) or Tosa Token (fighting style dog) is the most feared and revered of all Japan`s canine species.Fighting dogs in Japan were first seen about 200 years ago in hands of noble Samurai warriors.This particular dog and its style of fighting are deeply rooted in the traditions and culture of the ancient Samurai warriors. When these returned home from battle,different from the other townsfolk,who were merchants,artisans and service providers,the soldiers had to wait for another war to be declared to be gainfully employed.Many times in their waiting,they turned to fighting amongst themselves.Looking with disdain upon this practice,a very powerful Samurai Warlord encouraged his men to engage in dog fighting instead.This made the Tosa very popular and that same Samurai chief known by the name of Chozogabe,went on to establish the rules for dog fighting.But,when Toku Oawa,the famous `Edo Ela` defeated Chozogabe,he wanted to eliminate Chozogabe`s people.Matters became worse when a change to the Samurai code was in place,making for a very difficult transition.These factors lead to the encouragement of dogfighting to appease the frustrated soldiers and,to the development of the Tosa as a superior fighter. The tradition of dog fighting was especcially popular in the Tosa district of Shikoku.The product of thoughtfull eugenic manipulation by the Japanese,the Tosa dogs active in fighting,were not the present day incarnation. 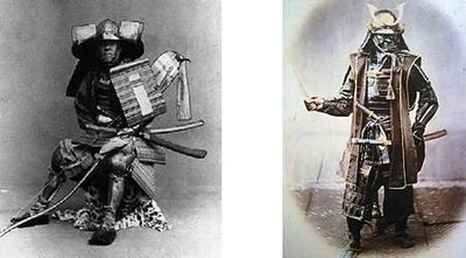 Between 1866 and 1869 many foreigners with big sized dogs entered the country.Japanese were impressed by the size,strength and endurance of these Western dogs.To create the Tosa,they crossbreed the Shikoku ken with Bulldogs(1872),Mastiffs (1874),German Pointers (1876), Great Danes (1924), Bull Terrier and St.Bernards all of which were used to improve the bread by sequential mating. 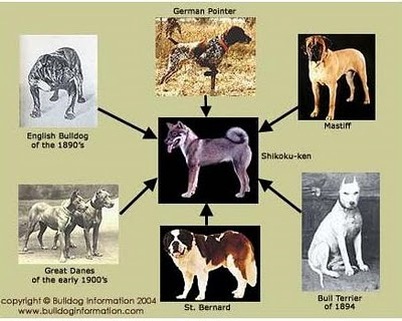 When the Old English Mastiff experts went to Kochi,in Japan,they saw the excellent bone structure of the Tosa and they were very impressed ,and this good result was due to excellent balance of calcium in the bone.An important factor to understand here is that the calcium levels of water in Japan are deficient compared to Europe`s.Taking this into the consideration ,the Tosa was originally produced through the Shikoku Inu and the English Bulldog.All origins of Tosa today are Shikoku Inu,English Bulldog,Mastiff,Great Dane Dogo,Saint Bernard,Bullterrier and Poenter. That is why we had to administer to our dogs extra amounts of vitamins,calcium and minerals to their diet,and thus,provide good bone development.On the other hand ,it is possible that some Tosas may have problems with their legs because of their large body.This is why we have to be very careful especially between the ages of two and nine months,a period in which the dog grows rapidly.As you may know,the hind quarters sometimes grow faster than the front until the animal develops completely and in this process your dog may a begin to look like a Fila.You should look at your dog every week to check that the head is growing proportionally ,if not,than a change in diet might be required.In reference to diets,there is ot much difference in the manner of caring for similar dogs like Fila,Mastiff and other large and long breeds.About import from Japan Tosa is a dog from Japan,their National treasure, has a long history involving Imperial Dynasties and great hystorical figures all interwoven into Japanese heritage..We find that this dog is not very well known even in Japan ,and adding to it`s mystic are,the secretive practices of the breeders who organize themselves in groups of 30-40. 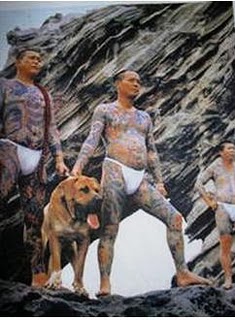 The groups are guided by a designated leader,who menages and conditions the animals and is responsible for all decisions concerning the dogs. Japanese Tosa aficionados are not selling Tosa dogs because of economical hardship,it is because you have the desire to acquire a puppy of that breed and have contacted the Japanese Tosa men for the arrangement of such a transaction. The Japanese Tosa breeder may assist in choosing a healthy dog for you,but there is no guarantee against genetic problems or anything else,you take the risk when you decide to make the purchase.When requering a guarantee in the purchase a Tosa breeder feel that he is compromising his good faith.This can cause them to refuse to help you get a Tosa because in all reality they usually breed for themselves and not for the general public. They are the Sumo Wrestler counterpart in the dog world.The peak of dog  fighting history was between the end of the Meiji period and the beginning of the Showa period.During this time a large number of great fighting dogs were produced.Fighting tournaments were held often and Tosa fighting dogs are very well known throughout Japan. A good Tosa for the Japanese is one that has a good head,a powerfull neck,excellent wrestling ability and the potential to become an intelligent fighter. With that purpose on mind,a career is forged to guide the dog to Yokozuna (Champion) status or Grand Yokozuna (Grand Champion) ranking,the maximum position attainable in Tosa tournaments.
As a companion,Tosa`s are ineffably affectionate,  protective,and despite their great size,they are gentle and deferential to their owners..as we already said…Tosa Inu-more than a dog.
tosa inu